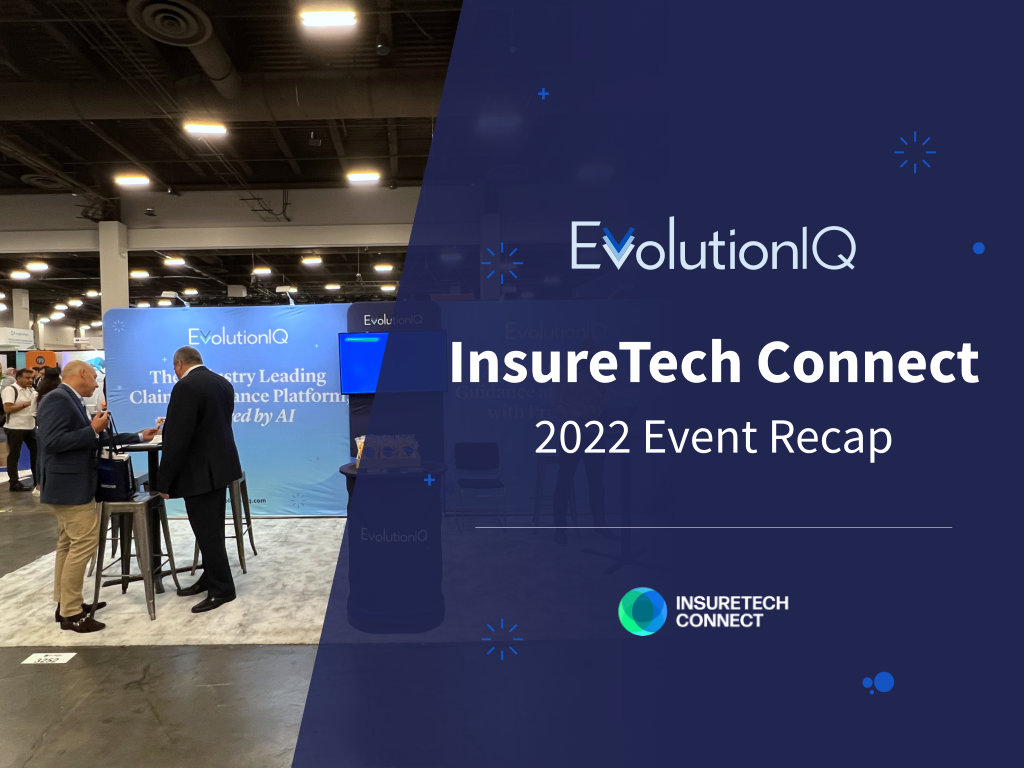 InsureTech Connect 2022, the world’s largest gathering of insurance leaders and innovators, recently wrapped up in Las Vegas – with technology differentiation and the growing sophistication of artificial intelligence key themes that dominated the three days of presentations and discussions.

In addition to a wide array of on-stage talks, this year’s presenting sponsor, McKinsey & Company, arrived armed with a number of predictions for the future of claims from the present through 2030 – many of which align directly with the technology path on which EvolutionIQ places clients.

“What if AI was at the center of all claims handling,” asked McKinsey’s insurance experts. “What if claim handlers never had to request information again, and could access relevant details in seconds? How much time would they save in their day? What if a claims handler could handle 1,000 claims at the same level of quality and customer service as they have with 100 claims today? What if we could proactively anticipate customer needs and address them in real time? It paints a pretty exciting picture.”

The McKinsey team went on to explain how the intersection of technology and human interaction is a major trend of the next decade, “allowing humans to focus on the parts of the claim that really matter and allowing technology to handle the rest.”

They noted: “Instead of relying on their own judgment or the judgment of those sitting around them, they [claims teams] will be able to pull from thousands of claims and use the whole organization’s knowledge to make the best possible decision.” Furthermore, they underscored the mutual learning that AI and claims experts will undergo. “The learning scenario is where the AI engine will work together with the person to learn from each other and to make decision-making the best it could possibly be… If that collaboration works, the AI will pull humans into the moments that really matter… [But] the adjuster will still hold the power and pull the insight from the AI engine.”

Among the many other takeaways at ITC, Inside P&C noted that “one of the biggest draws at these conferences is companies and services that have a differentiated offering.” The magazine said that the insurtech firms at ITC that are the ones to watch this year – which again, align well with EvolutionIQ’s market position – are firms that:

Meanwhile, Business Insurance asked a number of panelists at the conference how the insurtech sector had changed from five years ago. “I think it’s still disruption, but we’re disrupting together in a more collaborative way,” Jillian Slyfield, global chief innovation officer in San Francisco for Aon PLC, told the magazine.

As for the financial side of the insurtechs at the conference – many of which are startups, Inside P&C summarized in its “Postcard from ITC” wrap story that each year ITC brings people together to discuss innovation and, notably, “disruption” to the insurance industry. “Yet, while ITC 2022 attracted a record number of attendees, the vibe was different this year. There was less talk of disruption…. Attendees canvassed by this publication, including chief executives, investors and consultants, agreed that sentiment this year was certainly ‘less hyped’ amid the weak market performance of the publicly traded InsurTechs, and the current economic climate looming in the background. Last year, it was much more about ideas and potential, InsurTech executives told this publication. This year, because of unfavorable capital market conditions, investors are saying, ‘OK, great idea, but what is your plan?’”

“As such, the downturn of the last few months has certainly taught InsurTechs and their investors important lessons,” the publication continues. “Where once the religious mantra used to be “growth at all costs”, this year’s catchphrase seemed to be “the path to profitability”….  The increased sophistication in investor knowledge has raised the bar, with investors in many cases “acting like reinsurers, drilling down on loss ratios,” executives said.

Read more about EvolutionIQ at ITC 2022 in our other articles 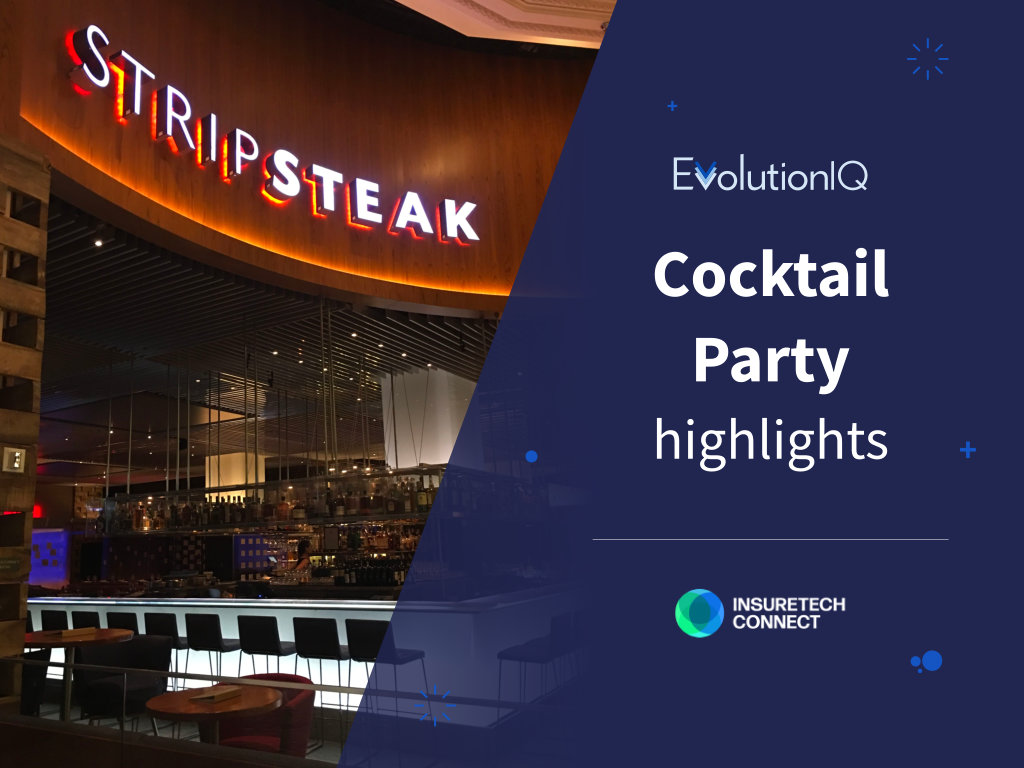 Through the Martini Looking Glass: Overheard at Our ITC Cocktail Party

As part of EvolutionIQ’s presence at this year’s InsureTech Connect 2022 in Las Vegas, we had the pleasure of hosting a number of industry veterans at a cocktai …

As part of InsureTech Connect 2022, the world’s largest gathering of insurance leaders and innovators, EvolutionIQ convened a panel of industry experts to discu …