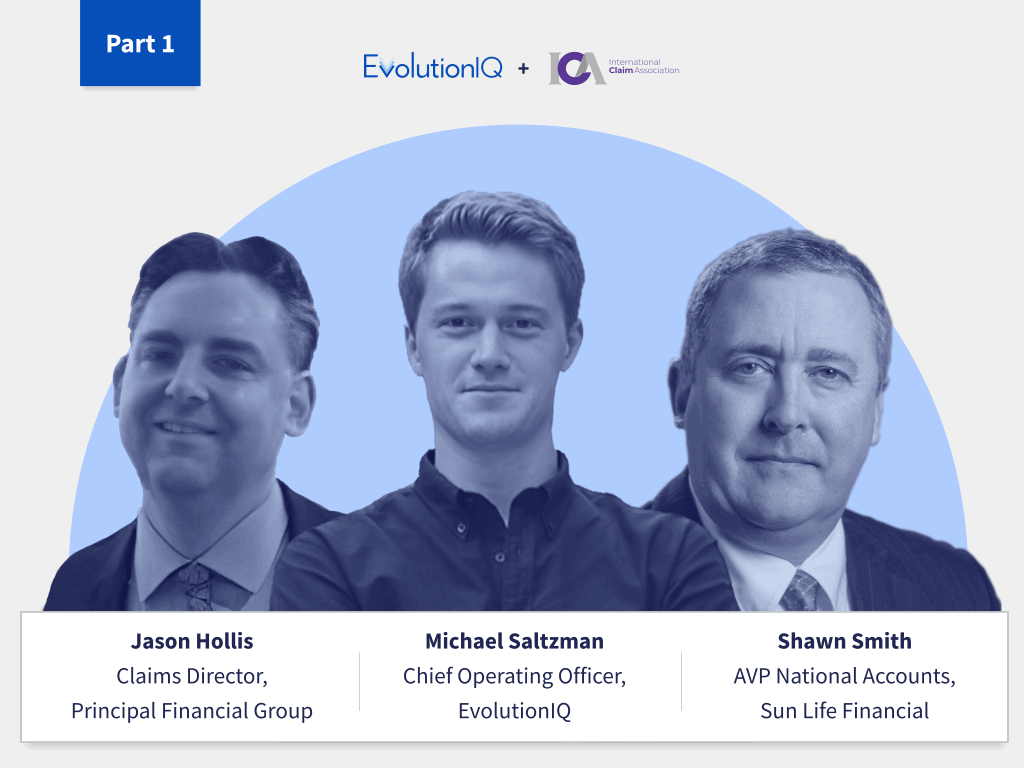 AI claims guidance is an entirely new class of software specifically designed as a co-pilot that guides the right examiners and adjusters to the right claim at the right time. So what’s it like for carriers that have deployed the software and are experiencing the effects first hand?

In the recent virtual panel, Partnering People with AI to Transform Claims Handling, hosted by EvolutionIQ and the International Claim Association, two senior claims leaders from Principal Financial Group and Sun Life Financial discussed what they’re seeing, what surprised them, and how they see the long-term impact of this new type of technology. Below are some excerpts from the discussion – with the full video available via this link or via the embedded player at the bottom of our story.

In today’s Part 1, we’ll look at how the new technology solution was received and any surprises that claims departments experienced as they began their transformation journey. In Part 2, we’ll look at how AI-powered claims guidance does far more than just help an examiner or adjuster in their day-to-day work – and instead generates a snowball effect of positive impact throughout a carrier or TPA.

Jason Hollis, Claims Director at Principal Financial Group, said the first big question that his organization had prior to deployment was, “How are you going to manage our business more with an algorithm than the cumulative hundreds of years of experience we have in our department? I think that’s where initial skepticism comes from – thinking we have unique clients or we have unique policy language. But the reality is that at the root of it we’re all trying to accomplish the same thing and roughly under the same parameters.”

He explained that once the software became operational, any initial concerns from his claims team quickly evaporated once “people started to see the results.”

“You find those needles in a haystack that you weren’t identifying before,” Hollis said. “In the past [AI] has been sold as ‘automation that is going to replace humans.’ People have moved away from that. People understand it’s enhancing what’s being done. It’s not replacing what’s being done. Our people saw that it’s really pointing us in a consistent, positive way to the claims that needed more attention and is actually helping make the work that they’re doing more beneficial. I think people embraced it. And it really started to resonate with people – what was really being accomplished and how we can leverage this in a really positive way.”

He continued: “Secondly, I think that quite frankly heading into this, some of the representations of the results, you kind of have a healthy skepticism and you start thinking, ‘I’m not sure we’re going to get there.’ Or, ‘you know, maybe some other company was able to figure that out but I don’t know if we’re going to end up there.’”

However, “just how on-the-nose it was in terms of what we’ve seen – as it ties out to what was represented – and just how happily surprised we are with where that’s landing” completely changed expectations about measurable results,” Hollis said. “We’re “constantly looking for a way to better utilize people, time, resources and money…. But when it starts to manifest itself and it starts to prove out, it’s an exciting thing and other people start to jump on board with that and it gains momentum and makes it easier moving forward for people to embrace.”

Shawn Smith, AVP National Accounts, Sun Life Financial says that it’s essential to see AI-powered claims guidance on a continuum of what the insurance industry has been moving towards. “It is a quantum leap from having a paper file,” he said. “But it is the next logical step for having an electronic file.”

He adds that over his 30+ year insurance career, “I’ve seen so much change… It never ends. I remember the first time you got paper files and people wore rubber tips on their fingers to go through the files. And then it gets a little more digital and this just seems like the next thing.”

“I think in claim organizations, when things are going ok, people tend to sort of settle in,” he said. “And what the pandemic did is really pressure test a lot of ideas and thinking…. When we started talking about ‘we need to be better at getting claims in the right hands and being really super efficient about it – not kind of efficient around the periphery’ – it really became apparent that claims organizations have to be some of your most efficient parts of your business.”

Smith said that one of the reasons the solution was easy for his organization to embrace is because the technology, while delivering a seismic change, nevertheless keeps examiners and adjusters at the forefront. “I don’t think [the technology] changes the case manager’s job or what they’re responsible for. I don’t think it changes what we’re asking people to do. What I think it does, it gives them an opportunity to see the case in a much broader [way]. If I gave them [each examiner] all one claim, maybe they could do the same thing that the AI does by making phone calls, following up. But this just brings so much of the things that would take hours and hours and hours for them to uncover and just brings it all home.”

Hollis underscores that another reason adoption was seamless – and enthusiastically embraced by their claim team – was that it both creates efficiencies but also validates processes that are working. “I think [deploying AI claims guidance] is a good chance to understand where you’ve come from to get where you’re going.” He explained that the software revealed that “some things are working great – and some things we’ve been doing are being vetted out by the AI. You [then] move forward with confidence because you know you’re doing solid work in those areas. But it also sort of raises a flag about why are these [claims] showing up as outliers? Or why are we looking at these [claims] differently than we have in the past? And maybe looking for something in our block that there’s a reason for that. More times than not you’ll find it’s something that’s ingrained in the past that you can probably move away from.”

Ultimately, AI-claims guidance is a wake-up call, says Hollis, that will soon be experienced across the industry: “It’s almost as if you’re running and you think you’re running as fast as you can, and then somebody goes blowing by you, and you start running faster because you realize you weren’t going nearly as fast as you thought you were. I think in some cases you think you’re progressing, you think you’re going down the right path and then something motivates you to realize that greater things can be accomplished. I think that’s one of the leaps that the utilization of AI makes – is that companies think they’re moving forward, and they are, but they think they’re moving forward as fast as they can. Or they think that they’re moving along at a good clip, and then something comes along and in order to utilize it to the best of their ability you have to speed things up on your side, too. I think that is the other benefit of this. It shows you that we are further along in the evolution of what can be done in insurance than people realize.”

Read Part 2 of our story, in which Shawn Smith and Jason Hollis discuss the ripple effect of changes that AI claims guidance makes in an organization.

Partnering People with AI to Transform Claims Handling from Sibel Clifford on Vimeo. 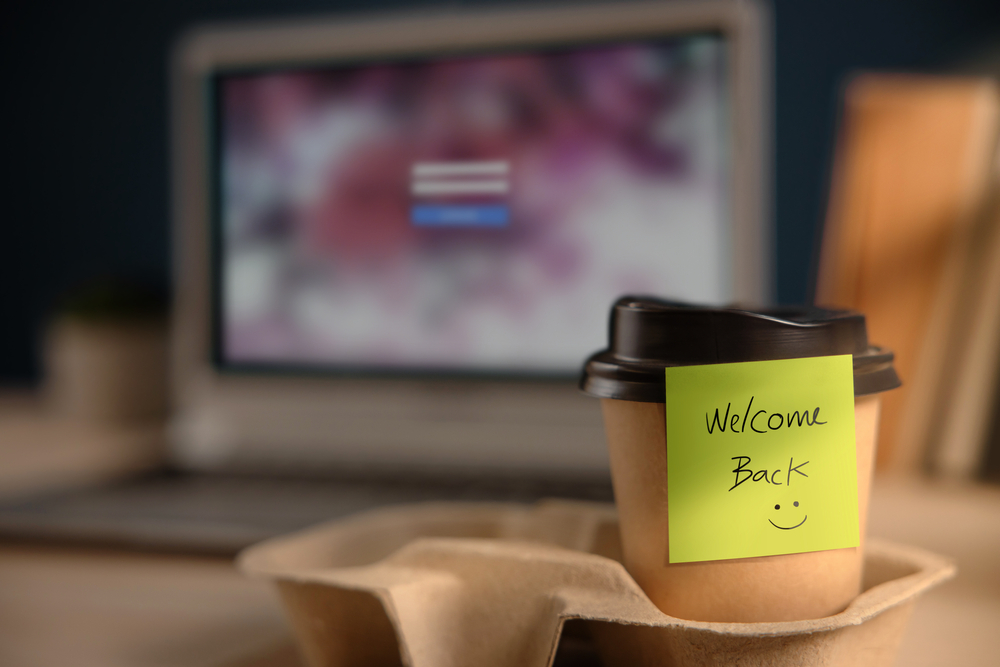 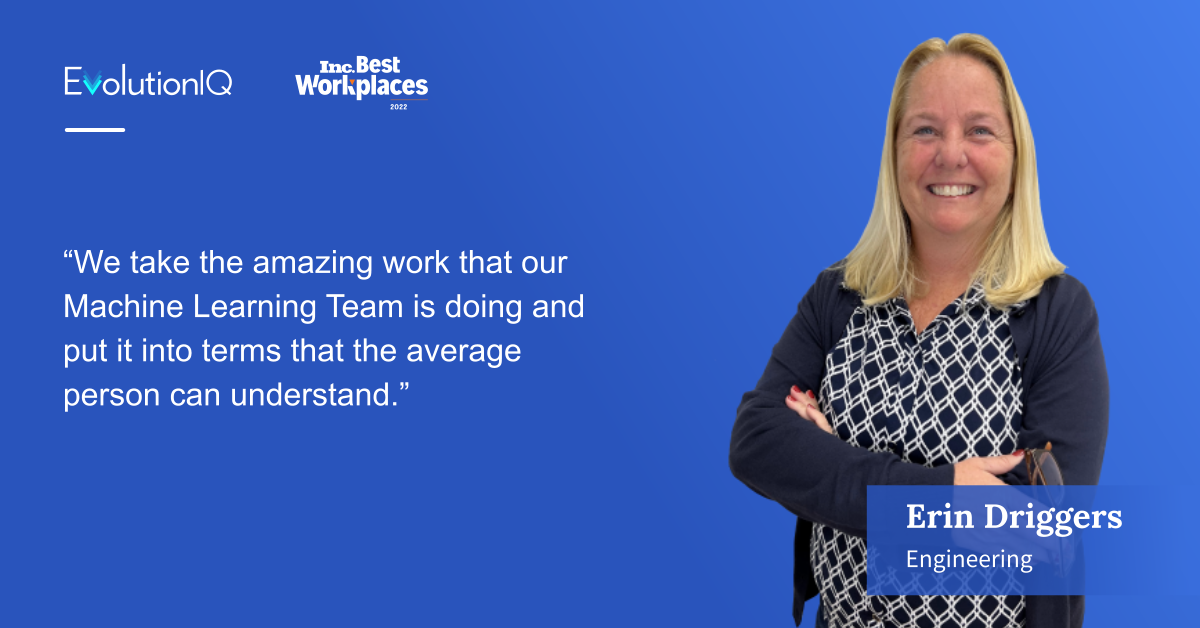